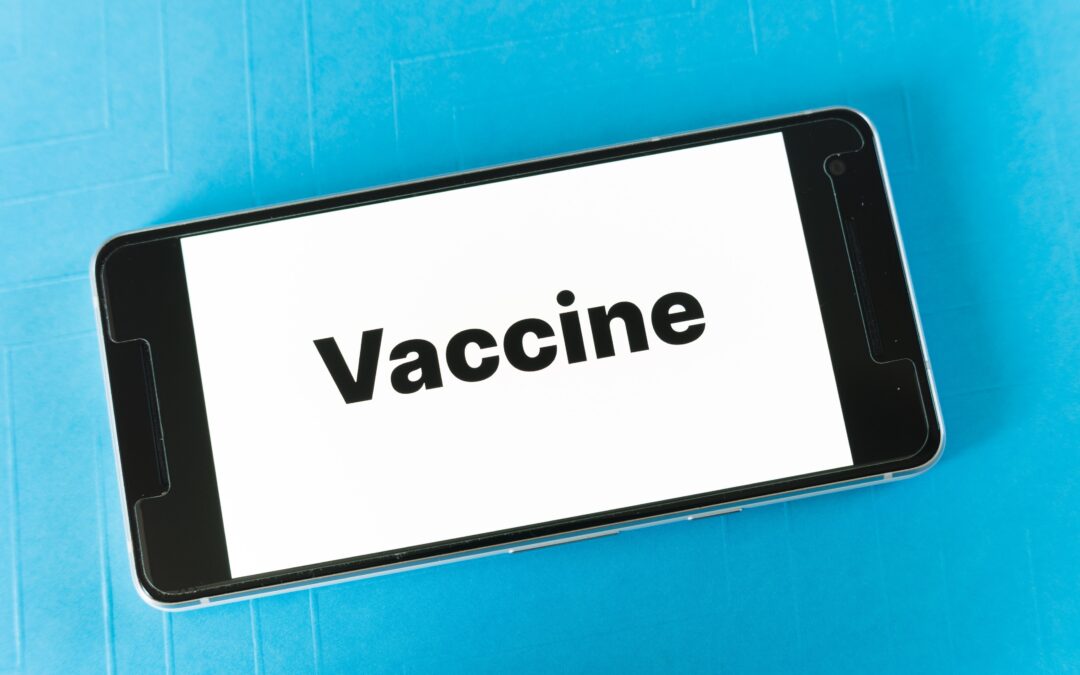 As COVID vaccines become available to the general public, here are my thoughts on the proliferation of anti-vaxxers and how to combat it.

I’m not proud to admit it, but my girlfriend’s girlfriend is Jenny McCarthy. You know, the infamous comedienne who used her celebrity influence to convince parents that her son’s autism was caused by vaccinations.

Jenny McCarty is a great storyteller, and unfortunately for the scientific community, she nailed it. She told an emotional story, what she felt was her truth, based her theory on a discredited doctor’s misinformation, had public credibility and a huge platform. She spoke from the heart, convinced she was telling the truth. Parents who want nothing but the best for their kids listened to her, trusted her, believed her.

That’s what happens when there’s a gap between scientific knowledge and the people who need it.

By the time Jenna McCarthy recanted her story, acknowledged she had made a terrible mistake, the damage had already been done. The demon seed of misinformation was already blowing through the internet in private Facebook groups, moms convincing other moms that vaccines were a conspiracy by the government and big pharma companies.

The score? Anti-vaxxers 1. Scientists 0. Decades of scientific research didn’t matter. All it took was a compelling, authentic story from someone with access to the media.

So, here’s the problem from my perspective. Parents don’t know who or what to trust. You’d think they’d trust the science, that believing the facts should be no brainer. But there is a perception of a conflict of interest from parents who believe the government, healthcare workers and pharma do not have their best interest at heart. They sense that they are not getting the whole story. Is someone making big bucks and risking my children’s health? Do governments know something about vaccines they’re not divulging? Are physicians simply puppets doing what the government says while not trusting the safety of vaccines?

I’m not a researcher but I am a marketer. A couple of years ago, way before the pandemic hit, my agency posted a quick survey to our audience about immunizations. Here’s what 400 Canadian moms told us about vaccines.

• 60% of moms talk openly about vaccines in social media.

• 43% of moms want to support other moms by sharing information.

• Moms say they don’t trust pharma companies because they stand to gain financially.

There is a perceived conflict of interest between the government and pharma companies. Parents don’t trust that the government really has their children’s best interest at heart. They point out that historically policy makers have been found to follow the money rather than protect families.

We are in a PR information war, and I’m not using the term “war” lightly. Preventable diseases are re-emerging, people are dying, and fear is spreading because of disinformation in social media. Getting enough moms to trust the COVID vaccine for their family needs to be seen through this lens.

A group of emotional parents, let’s call them anti-vaxxers, who innately understand the subtleties and loopholes of grassroots marketing are out there on a daily basis spreading dangerous misinformation. They either have no understanding of or respect for the science. There’s no distinction between fact vs fiction. They are acting on what they feel is right based on what they’ve heard anecdotally. Their opinions are being formed by what their friends are telling them in private Facebook groups, preying on every parents’ fear that they could be putting their kids in danger. And really, no one trusts the government, so a conspiracy theory is not a hard sell.

One the other side of the vaccine information battlefield, you have public health, dedicated to protecting the health of Canadians; a mainstream organization that invests in research, understands scientific data and uses both to create policy.

Anti-vaxxers have no qualms jumping in wherever parents are to share their emotional propaganda. There are stories about anti-vaxxers stealing the identity of a little girl who died, and repurposing her photo in a private FB group using false information, claiming her death was vaccine related. It was not. The dead girl’s family was horrified to discover their late daughter was being used to promote misinformation, and petitioned FB to shut the group down, which they eventually did.

These anti-vaxxers have nothing to lose. They’re renegades with no one to answer to. Meanwhile, Public Health is working within the rigid structure of governmental communications which doesn’t allow true, authentic, emotional engagement. In order for the government to send out one tweet, language needs to be vetted by an entire team. It becomes inauthentic and parents can feel it. That inauthenticity creates an additional layer of mistrust.

As a marketer, I’ve experienced this culture of corporate communication control when my agency was engaged to connect with parents about vaping. Even though we were chosen because we have genuine conversations with moms, the PR team insisted on controlling the narrative, using antiseptic, stock images and limiting topics in our live chats on social media. C’mon – parents can tell when you’re not being authentic. Ultimately it created a stilted conversation that affected the success of the program.

We worked with the Ontario Government to help dispel the myths of vaccinations with parents. We shot a video with Dr. Robin Williams, Associate Chief Medical Officer of Health for the Province of Ontario, during which she was asked to address anti-vaxxers’ common concerns like “Is there aluminum in vaccines”. Her answers were refreshingly candid, even emotional. She shared her experience as a young doctor before the days of the meningitis vaccine, describing what it was like to watch a little boy suffer and die from the disease. Tears ran down her face as she spoke about that devastating time in her medical career. Her PR people panicked, demanded that part be cut from the interview. I refused, explaining that her authentic, emotional answer was what makes her human and trustworthy.

Social media is how parents get health information. According to Google, health is the top search term for parents of all stages, from pregnancy to young adult. Parents are desperate for reliable health information, but as we all know anyone can post anything, no credentials required. Fake news is spreading like wildfire. The irony here is that the trusted science is often locked behind a paywall or written in academic language parents can’t decipher. Anti-vaxxers speak simply and emotionally, always ready to engage. The result? A huge gap where misinformation is being planted, grown and spread.

No fact checkers. No vetting of information. Credibility is no longer has cachet. That’s why mainstream media is losing the battle. That’s why the government is losing the information war. They’re playing by outdated rules. The government, science, pharma, physicians need to get in there and fill those gaps with candid, unscripted conversation where parents are.

The key to connecting with the general public is emotional storytelling and authenticity. When I become involved with Dr. Chambers and her team of researchers at Dalhousie University for the #ItDoesntHavetoHurt knowledge translation initiative about children’s pain, I learned that it takes 17 years for results of research to get into the hands of parents.

Through our partnership, we shortened that time by working with parents to share personal stories and putting those stories where other parents can find them.

While that campaign and the anti-vaxx community both use emotional storytelling on social platforms, there is one key difference between us and them. Our stories were embedded with evidence-based information.

Our experiment was a success because we created an open conversation where scientists and health care workers engaged in with parents on social media without lawyers or PR gatekeepers interfering.

Last month, my agency sent out a survey to parents about how they were coping during COVID. While 60% said they would be getting their family vaccinated against COVID, 23% of moms said they were on the fence and 17% said they would not be getting vaccinated. With health officials now saying that 80 to 90% of the population needs to be vaccinated in order to achieve herd immunity, these numbers are very troubling.

In my opinion, to manage any perceived conflict of interest, health risks or other conspiracy-related concerns about the vaccine, the government needs to change the way they communicate with parents. Policy makers, health care providers and pharma companies need to understand their money can’t buy influence or trust. Nor will it allow them to control the message.

They need to look outside their traditional communications toolbox and take risks. They need to get real, get vulnerable and be fully transparent. Start engaging, in real time, and at the same level as parents. Tell the truth even when it hurts, even when the truth is messy. Don’t give pat answers. Transparency is essential. Omission is just another form of lying. It perpetuates the perception that something is going on behind the curtain that parents are not privy to.

If you want the public to engage with your message and trust you, go where parents are, speak their language and build real relationships. If you don’t, anti-vaxxers will continue to jump into those gaps and start conversations with the 40% of parents on the fence about vaccinating their kids against COVID.

Parents will talk and they want to share. Unless they’re sharing the message that vaccines are safe and effective, it will be a recipe for viral disaster.

Photo by Markus Winkler on Unsplash